Sometime, at the beginning of my spiritual journey, I had found that mantras had a calming, centering, silencing of the mind and healing effect, especially when combined with meditation. The effect was not only on me while I was chanting them, but surprisingly also on other people, not even in my vicinity, but far away, during wakeful time and even while sleeping! Being a novice in meditation at that time, I was looking for ways to decrease the fluctuations of my mind, and therefore I was really happy when I found an ally like what are known as Mantras, or Japas.

My yoga teacher, Master Yuan Miao calls them “mantric sounds that carry transcendent mystical powers”…”these sounds received by great sages while in a state of super-consciousness, can guide and elevate the seeker to a realm of magical emptiness”…”Mantras are important for their great power to bridge Heaven and humankind ” Dancing on Rooftop With Dragons

Here are some of my favorite mantras: 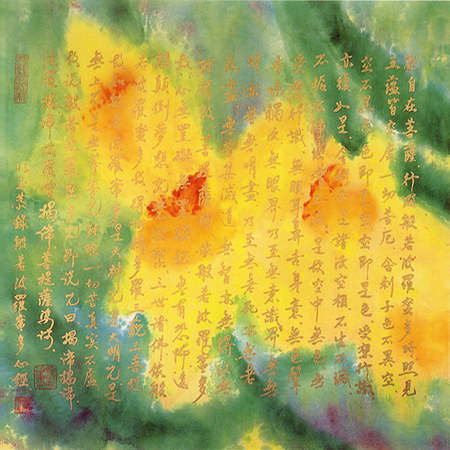 My very first mantra, which I totally fell in love with, was Om Mani Padme Hung. This mantra is very powerful and has a compassionate, loving energy, and it is a prayer for ALL sentient beings (including bugs, animals, birds, fish and humans) to be happy, and free from sufferings and the causes of sufferings. (Deva Premal chants it beautifully with the Gyuto Monks of Tibet).

I remember that after few months of chanting this mantra, I started to be bombarded and overwhelmed by synchronicities of all kinds, especially numbers like 11:11 and 3:33 on the clock on a daily basis, and other “strange” phenomenon!

These experiences made me realize that there is a beautiful underlying order of the universe, which is making itself known to me, due to my newly acquired inner order, shift of perception and receptivity. It was pretty fun to watch all these daily displays of cognitive panorama and synchronistic events.

Paradoxically, in order to enter a deep state of stillness and silence, we might need to chant a long time and out loud at first, so we can go beyond the mind’s constant stream of thoughts, and discurssion and into that space between the thoughts, that field of infinite wisdom and potentiality.

My second powerful mantra was a healing mantra called Tryambakam, which was taught to us by Uma Goswami from Bangalore, India at the Krotona Institute of Theosophy in Ojai – about ten years ago. I remember that as soon as Uma wrote the mantra on the blackboard and we all started chanting, I felt so mesmerized by its healing energy, that when I came home that very day I kept on chanting for a few more hours non stop. 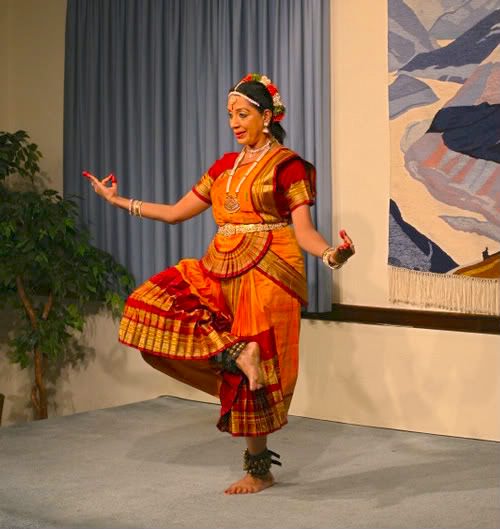 I then happily kept chanting this mantra every day thereafter, and few weeks later I had a very vivid dream that one of my friends Sandra, who lives in San Francisco had died. I immediately started wholeheartedly to chant the Tryambakam mantra over her body, until she returned to life. But when she did it unexpectedly, it scared me so badly that I ran out the door and slammed it behind me. I woke up at once, and for my continuing astonishment, I heard the sound of the same mantra coming from the living room, a still dream like feeling and confused. My husband Jhaura, that morning had the synchronistic idea to place that very mantra on my computer screen, so I could easily access it wen I need it, (so he was just testing the mantra while I was chanting it in my dream…how could that be just a coincidence?)

When I told him about my surreal dream, he, though even more perplexed than I was, asked me to give Sandra a call at once and find out how she was doing. Sandra had just arrived from the emergency room where she was transported that night, in a state of emergency because she suffered a tight close glottis due to accidentally ingested peanuts from a Chinese restaurant (when she was highly allergic to peanuts!). She could barely talk, telling us in a low and hardly audible voice how she was just a step away from dying, how scared she was and how much she suffered from not being able to breath. Both of us, my husband and I froze thunderstruck and speechless. Jhaura told me later that Tryambakam mantra is not only a healing mantra (which I knew), but also a death conqueror chant, which I had no idea! So this mantra has extraordinary proven healing power, and also conquers death.

Many times, we harbor a mind that is persistently chattering, without even being aware. This mind is unnecessarily in survival mode, with a restless, nonstop flow of thoughts, which make us anxious and always searching for potential threats. This is our conscious mind in the beta brainwave state – and the very reason we need to escape it each day with chanting or meditation. This perpetual chattering of our mind not only distracts us with too much worry, but it can also initiate our fight or flight response. Because of our mind’s never-ending chatter and worry, we can begin perceiving and expecting dangers or threats that don’t even exist.

I myself have no doubt of course now, of the usefulness, the power, and the authenticity of all these mantras, and I believe that when we start to recognize their sacredness and magical power, we become more humble using them with reverence, and yes, why not, for the benefit of ALL sentient beings in the whole Universe!